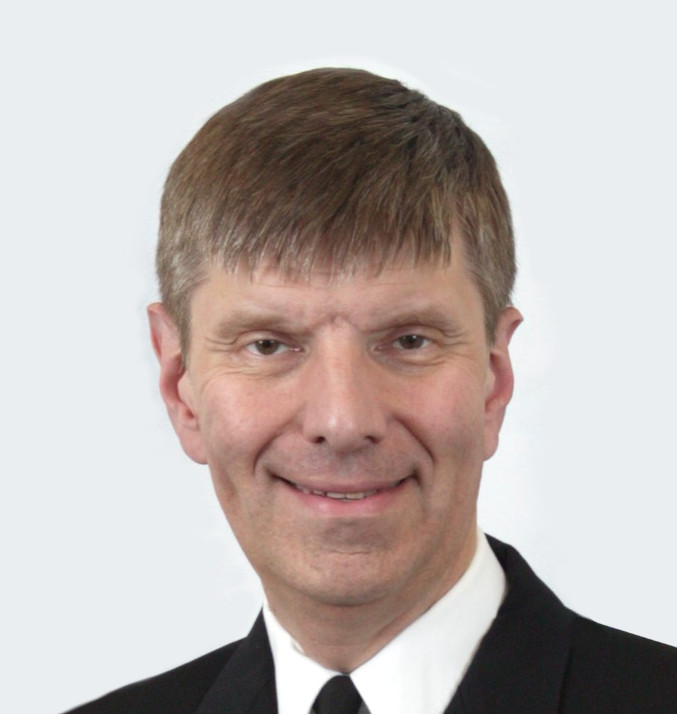 A native of Ohio, Dr. Simmer received his bachelor of arts degree from Hiram College in 1986, his doctor of medicine degree from the Saint Louis University School of Medicine via the Navy Health Professions Scholarship Program in 1990, and his master of public health degree from the Eastern Virginia Medical School/Old Dominion University Consortium in 2001. He is board certified in general and forensic psychiatry by the American Board of Psychiatry and Neurology. In addition, he is certified in administrative psychiatry by the American Psychiatric Association.

Upon completion of his psychiatry internship at Naval Hospital Portsmouth in 1991, Dr. Simmer reported for duty as the General Medical Officer aboard the U.S.S. Enterprise (CVN-65). He then returned to Naval Medical Center Portsmouth from 1993–1996 to complete his psychiatry residency training. After residency, he assumed duty as the Division Psychiatrist for Second Marine Division at Camp Lejeune, North Carolina.

In 1998 he returned to Naval Medical Center Portsmouth, serving as a staff psychiatrist and then Division Officer for Outpatient Psychiatry before becoming the Department Head for Psychiatry in 2003. In 2005 he was appointed as the Director for Quality Management at Portsmouth.

From 1999–2008, Dr. Simmer also served as the Head of the Navy Medicine East Special Psychiatric Rapid Intervention Team (SPRINT), one of the Navy’s mental health disaster response teams. In this role he led numerous responses to traumatic incidents, including Hurricanes Ivan and Katrina and the U.S.S. Cole (DDG-67) bombing. He has also been active in graduate medical education, serving as the Command Intern Coordinator at Naval Medical Center Portsmouth from 2002–2007 and subsequently as the Navy Specialty Leader for Interns from 2007–2010.

While at DCoE, he served as the DoD Chair for the DoD/VA Mental Health Integration Summit, which led to 26 action items combining DoD and VA mental health efforts. Dr. Simmer led the DoD/VA Integrated Mental Health Strategy which focused on providing support to service members and veterans involved with the criminal justice system.

In June 2010, Dr. Simmer assumed duties as Executive Officer (XO) of Naval Hospital Beaufort, South Carolina. There his efforts helped lead to significant improvements in customer service and access to care, and he spearheaded the command history program.

Dr. Simmer has also deployed to Iraq as an Individual Augmentee with the Army’s 113th Combat Stress Control Company, Camp Taji Detachment and served at Guantanamo Bay, Cuba as the Head of Mental Health for Joint Task Force–160.

Dr. Simmer maintains an active clinical practice as a forensic and general psychiatrist, and has been an expert witness in numerous courts-martial worldwide. He has also presented and published in the fields of disaster and forensic psychiatry and has given numerous presentations regarding post-traumatic stress and the impact of deployments on service members and their families.