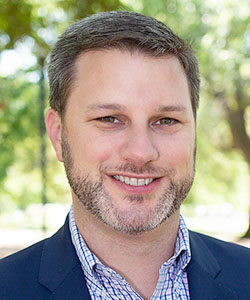 Scott Jaillette serves as the Director of Legislative Affairs for the S.C. Department of Health and Environmental Control. In this role, Jaillette represents the agency and its more than 3,500 staff on matters before the General Assembly. He also serves as a lead liaison for the Governor’s Office, Congressional Delegation, staff and officials of other state agencies and organizations.

Prior to joining DHEC, Jaillette served as Director of Business Development and Government Relations for Whitaker Contracting Corp. In this position, he led local and state government relations in Alabama, North Carolina, South Carolina, and Tennessee. In addition, he served as a staff member for U.S. Senator Lindsey Graham for more than 15 years. Jaillette began his career with Senator Graham’s Office as a Constituent Services Liaison serving 14 counties in the Midlands and ultimately became the Senior State Staffer for Military, Veterans, and Energy. As the Senior State Staffer for Military, Veterans, and Energy, Jaillette served as the statewide point of contact for any issues relating to the nine military installations in the state, the S.C. National Guard as well as over 400 thousand veterans, and the U.S. Department of Energy.

Jaillette received a bachelor's degree in political science from the University of South Carolina. He lives in Columbia, with his wife Ashley and their three children, where he remains active in his community. He currently serves on the Executive Committee for the Association of the United States Army – Palmetto State Chapter as well as serving on the board of the S.C. Chapter of the American Public Works Association and USO South Carolina.