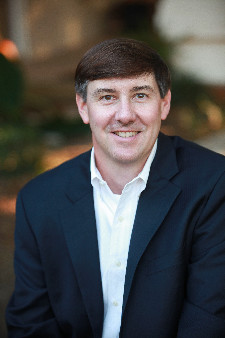 Rob Morgan is a graduate of Emory University, where he earned joint degrees in Biology and Political Science from Emory University. He then went on to attain his Doctor of Medicine degree from the Medical College of Georgia and a Master of Business Administration from Clemson University. Morgan completed his residency training at Massachusetts General Hospital.

Morgan is a board-certified anesthesiologist and medical director of the Greenville Healthcare Simulation Center. He began his career at Prisma Health in 2002 and is a Leadership Greenville graduate. He was also a national finalist for the White House Fellowship in 2010. Morgan currently serves as Secretary of the South Carolina Medical Association and is a Past President of the Greenville County Medical Society and the South Carolina Society of Anesthesiologists.

A graduate of the Liberty Fellowship program, Morgan and one of his Liberty classmates spearheaded the effort to bring PulsePoint to Greenville County, a citizen-CPR app that has been downloaded by thousands Upstate citizens in the past three years.  In 2005 he helped co-author the City of Greenville’s non-smoking ordinance, working with a coalition of local physicians and interested parties to secure passage of what became the “test case” for local non-smoking legislation in South Carolina. Greenville’s ordinance was upheld in a state supreme court challenge the following year and Greenville has proudly been smoke-free since 2006.

Rob was named one of Greenville’s Best & Brightest Under 35 by Greenville Magazine in 2005 and received an American Medical Association Foundation Leadership Award that same year. He was also named the Physician of the Year by the South Carolina Medical Association in 2009 for his community service efforts.