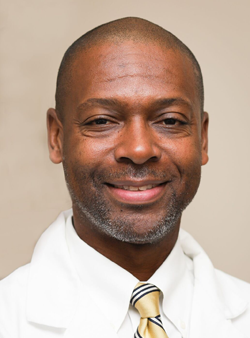 Though he’s from Virginia, Brown has called South Carolina home for nearly three decades and is renowned for his dedication to providing healthcare in rural areas. He has been the medical director and owner of Lake City Family Medicine for 27 years.

In 2018, Brown received the Community Star award from the National Organization of State Offices of Rural Health. True to its name, the award honors physicians who have displayed a dedication to rural health services.

Brown has co-authored several scientific publications, including ones that detail the impacts of fatty acids on the body and on how enzymes impact the body’s metabolism. His studies and professional work have earned him memberships with the National Medical Association and the American Academy of Family Physicians. In the Palmetto State, Brown is a member of the South Carolina Medical Society as well as the South Carolina Academy of Family Physicians.

Brown resides in Lake City with his wife, Bonnilyn. They have five children and four grandchildren.