No Butts on the Beach 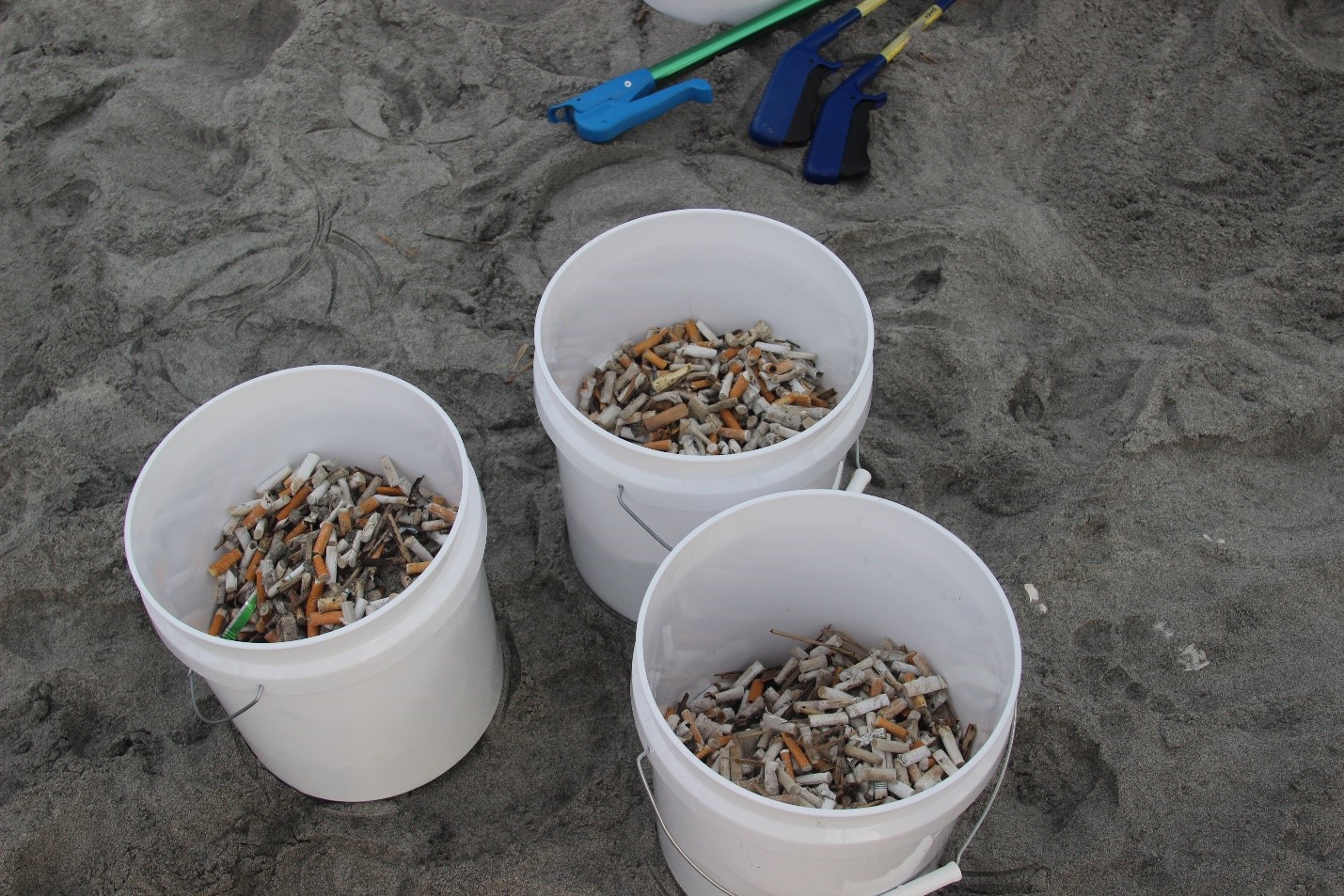 Did you know that cigarette litter is the most common type of marine debris found on South Carolina beaches? Cigarette butts are a toxic form of marine debris. Most cigarette filters are made of thin plastic fibers called cellulose acetate, a material that degrades very slowly. Plastics exposed to sunlight and waves break down into smaller and more numerous microplastics, which may never fully degrade in the marine environment. Birds, fish, and sea turtles may ingest cigarette butts or other plastic debris along the coast, which can lead to choking, poisoning, or blockage of the gut. Leaching of toxic materials from cigarette butts can also degrade water quality. Various metals, including lead and nickel, have been found to leach from smoked cigarettes within 24 hours, which may increase the risk of acute harm to local marine life. In a laboratory study, a concentration of one cigarette butt in one liter of water killed half of all fish exposed, within 96 hours!

In 2015, DHEC OCRM conducted a Cigarette Litter Reduction Pilot Study on Folly Beach in Charleston County. The project was funded by the National Marine Sanctuary Foundation and the National Oceanic and Atmospheric Administration (NOAA) and included partners from the Surfrider Foundation and Folly Green. The goal of the project was to reduce cigarette litter on Folly Beach by educating residents and visitors about the negative effects cigarette litter can have on the marine environment. Foldable paper ashtrays and flyers printed with educational information were distributed, and new cigarette receptacles were installed at several beach walkovers on Folly Beach. Small-scale monitoring events were designed to look at the amount of cigarette litter on the beach before and after project implementation. Results of the monitoring efforts found fewer cigarette butts in the study area after project implementation, suggesting this pilot project may have influenced human behavior.

Last year, DHEC’s project was replicated in the Grand Strand by the Coastal Waccamaw Stormwater Education Consortium (CWSEC). CWSEC and its partners took a watershed-based approach to enhance public awareness and promote proper disposal of cigarette butt litter at beach and river accesses in Horry and Georgetown Counties. Similar to the Folly Beach study, the Grand Strand Cigarette Litter Reduction project focused on public education, installation of new cigarette receptacles, and cigarette litter monitoring. Results of the project can found on the project website.