In fall 2015, DHEC began investigating in the Cheraw area around the former Burlington Industrial Fibers (James Plant) due to a concern about sludge-like material found in a nearby vacant lot.  In February 2016, DHEC collected samples at the vacant lot at the intersection of Little John Road and Robin Hood Drive.  Results found PCBs at concentrations above the EPA's Residential Regional Screening Levels for PCBs in soil.  (NOTE: Residential Screening Levels are levels that are considered safe for residential areas.)

Additional sampling conducted in August 2016 found higher PCB concentrations, as well as some pesticides, in the ditch located between Pecan Drive and Robin Hood Drive. Homeowners/residents were notified of the results of samples taken in their yards.

Following a third round of sampling in September 2016 to further define the area of contamination, DHEC requested assistance from the U.S. Environmental Protection Agency (EPA). The EPA assigned an On-Scene Coordinator to evaluate the PCB contamination for a removal action. DHEC collected approximately 90 additional samples in November 2016. 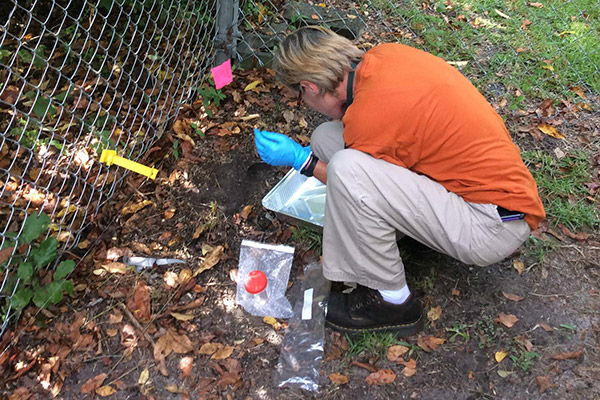 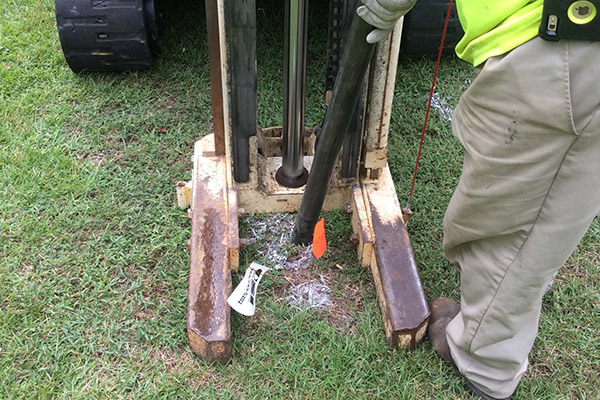 On December 30, 2016, the EPA officially notified DHEC that it had conducted an evaluation of the site for cleanup activities and was recommending the site be given priority for removal under the Superfund Removal Program. At this point, the EPA took the lead in the investigation and cleanup and began determining the most effective method(s) for minimizing the potential for future impacts to public health and the environment.

In mid-February 2017, DHEC assisted the EPA with a detailed sampling of selected residential properties on Pecan Drive. Approximately 900 samples were collected. Results from this sampling have helped determine a cost estimate for cleanup.

Huckleberry Park was evaluated by the EPA to determine what action was needed to protect children that may use the park. Initial actions in the park were targeted to support protective measures. Any further cleanup work in the park will be evaluated and communicated to the Town of Cheraw and the surrounding community.

In early June 2017, the EPA moved equipment and supplies to the area and soil removal began at the seven (7) residential properties on Pecan Drive with the highest amount of PCB contamination. This initial action addressed the first tier of properties and has been completed.

On July 18, 2017, DHEC received notification from the EPA that additional funding had been approved for removing soil at seven (7) Tier II occupied residential properties. The additional work included removing playground equipment and soil within Huckleberry Park, which is considered a Tier II area. This work was completed in fall 2017.

In March 2018, EPA collected wipe samples from the playground equipment that had been removed from Huckleberry Park. Lab results yielded no detections above reporting limits.

There are no further activities planned under the EPA-lead removal action. EPA’s estimated costs for the removal action were approximately $2 million.

On October 16, 2017, the USEPA and Highland Industries, Inc. entered into an Administrative Settlement Agreement and Order on Consent for Removal Actions. These agreements cover additional removal actions that will be needed at the site to address PCBs in soil on the Highland Industries property, PCBs in soil and sediment in the drainage ditch, and PCBs in soil at Huckleberry Park. On November 22, 2017, draft documents required by the consent agreement were provided to the USEPA and DHEC including the Removal Action Work Plan, a Health and Safety Plan, the Quality Assurance Project Plan, and the Field Sampling and Analysis Plan.

On August 6, 2018, Highlands’ contractors mobilized to begin removal work at Huckleberry Park. Excavation in the park was completed on August 31. Confirmation samples showed no remaining PCB concentrations above the cleanup goal of 1 ppm. Clean soil was brought in to backfill the excavated areas during the week of September 3. Backfilling was completed by the end of the week.

The Cheraw area was hit hard by rains and flooding from Hurricane Florence which made landfall on the North Carolina coast on September 14. Huckleberry Park was inundated as a result of the storm. An inspection of Huckleberry Park and other removal action areas will be conducted shortly after the floodwaters subside.

National Priorities List (NPL, also known as Superfund)
EPA formally proposed the site for listing on the NPL in the January 18, 2018 Federal Register. On February 20, 2018, EPA held a public meeting to discuss the previous removal activities by EPA, the upcoming removal actions by Highlands, and the proposed listing on the NPL. The meeting was attended by approximately 50 residents. The site was formally added to the NPL in the May 15, 2018 Federal Register notice of final rule.

The listing on the NPL will allow the site to be further assessed under the federal Superfund program to determine is long-term remedial actions are needed. 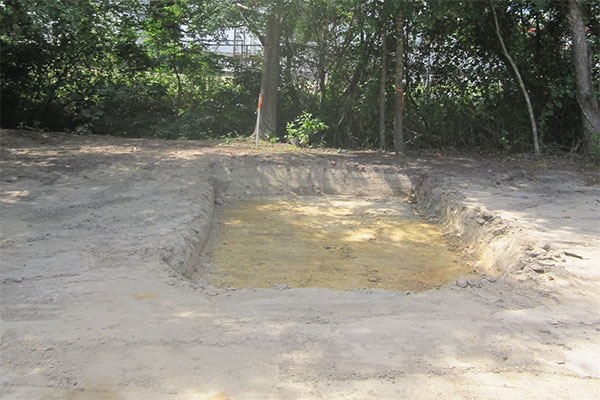 Area where a deeper excavation was needed to remove PCB contaminated soil above the EPA's residential regional screening levels. 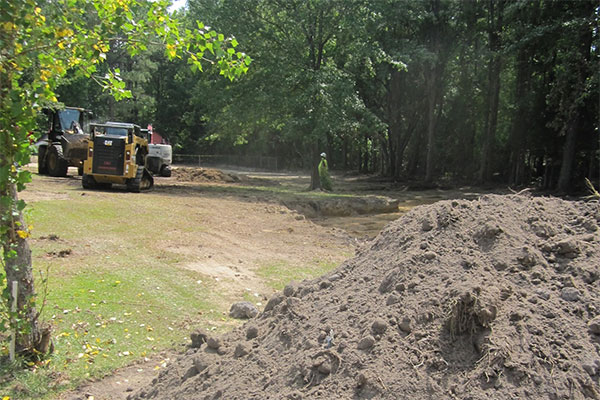 Excavated soil waiting to be loaded and hauled away. 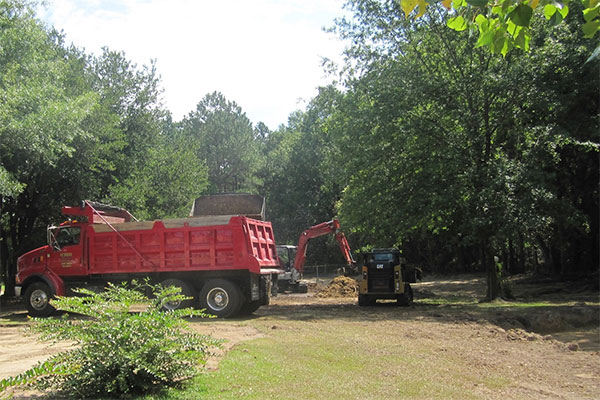 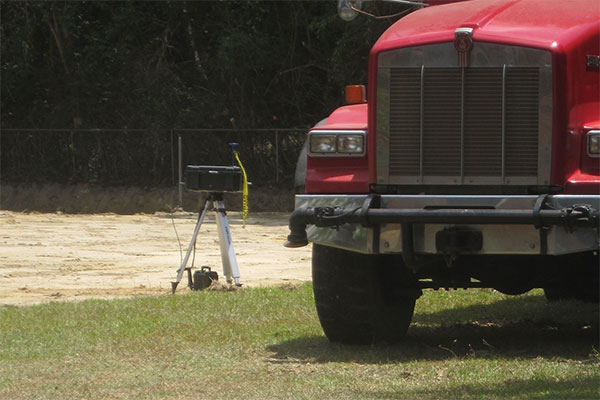 Air monitoring equipment is being used to confirm that the air is safe to breathe for residents and workers in the area. 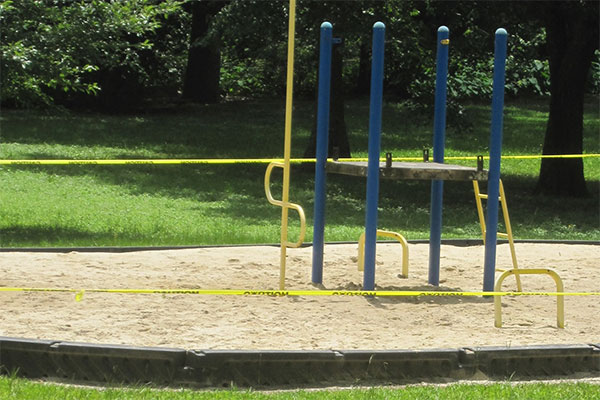 The EPA recently disassembled playground equipment at Huckleberry Park to further reduce the possibility that children will use the park before it is safe to do so. 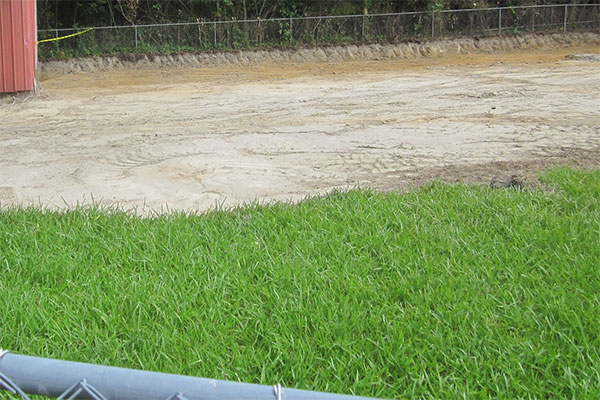 A residential yard where soil removal has been completed. Grass will be planted after the clean soil is brought in to fill the excavated area.

Additional information on the progress of the removal activities can be found in EPA's Pollution Reports (POLREPs):