Fish and game are sampled annually as they can serve as a route for human exposure through ingestion. Due to some chemicals’ ability to seek out and store in bone and muscle tissue, body parts of fish and game are analyzed for gamma-emitting radionuclides and select metals. 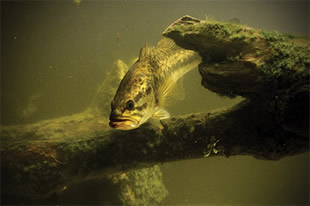 ESOP collects largemouth bass, channel catfish, and flathead catfish along the Savannah River to determine the magnitude, extent, and trends of radionuclide concentrations. These species are common in the catch of local anglers and consumed in the study area. Studies have shown that these types of fish bioaccumulate measurable amounts of radionuclides. (White catfish will sometimes be used as a substitute if channel catfish are not available).

Fish are collected from locations upstream, downstream, and adjacent to SRS as well as in a background location that should not be affected by SRS operations (Fish Monitoring locations). ESOP uses boat-mounted, electro-fishing equipment to allow for a more efficient collection of fish. 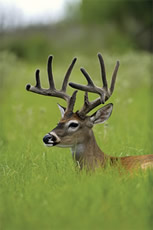 ESOP addresses concerns over potentially contaminated white-tailed deer and wild/feral hogs in the area near SRS. These target species are more widely hunted and consumed in greater quantities than any other local game.

White-tailed deer and wild/feral hogs are sampled within a defined area adjacent to SRS (Game Monitoring locations). Samples from each animal harvested are analyzed for gamma-emitting radionuclides. Cesium-137 is of concern as it can store in muscle tissue that could be consumed.