PCBs is an abbreviation for polychlorinated biphenyls.  This is not one chemical, but a class made up of 209 chemicals. PCBs are man-made, with a range of toxicity, and vary in consistency from thin, light-colored liquids to yellow or black waxy solids.  PCBs have no known taste or smell.

PCBs were manufactured and used in many industrial operations from 1929 until they were banned from being made in the United States in 1979.  PCBs were used as coolants and lubricants in transformers, capacitors and other electrical equipment because they are good insulators and don't burn.  PCBs were also historically used as fluids in old fluorescent lighting fixtures and electrical transformers, as well as in products like cutting oils, hydraulic oils, and carbonless copy paper.  PCB oils were used for heat transfer fluids for various industrial processes. PCB-containing compounds were also used as fabric coatings for heat and/or flame resistance.

Aroclors are specific groups of different PCBs that were manufactured by the Monsanto Corporation. The primary groups of PCBs that have been found near and downstream of the location of the former Burlington Industrial Fibers (James Plant) include Aroclor 1248 and Aroclor 1254. 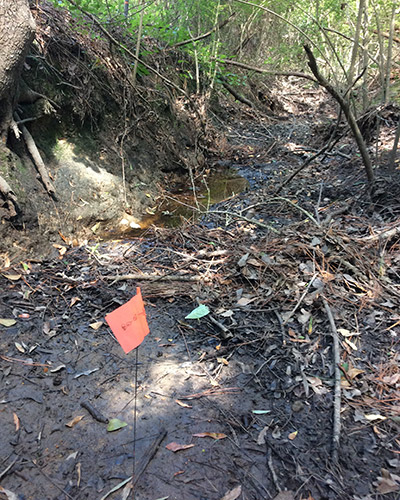 The U.S. Environmental Protection Agency (EPA) banned the manufacture of PCBs because of evidence that they build up in the environment and can cause harmful health effects. The health effects of exposure to any hazardous substance depends on the dose, the duration, how you are exposed, personal traits and habits, and whether other chemicals are present.

Because PCBs were used for so long prior to being regulated, low levels are found throughout the environment; typically in soils and sediments found in streams, rivers or ponds.  They are sometimes found at higher levels in areas where they were disposed of prior to environmental regulations or where they have been illegally dumped.  Most people normally have low levels of PCBs in their bodies because nearly everyone has been environmentally exposed to PCBs.

PCBs are known to build up over time in the fatty parts of fish.  DHEC provides annual fish consumption advisories for water bodies across the state, including the Great Pee Dee River .

Information on health effects that have been associated with exposure to PCBs can be found on the Centers for Disease Control and Prevention's Agency for Toxic Substances and Disease Registry's (ATSDR) ToxFAQ sheet . Information on gardening and PCB contaminated soils can be found in ATSDR's Spring 2016 Gardening in PCB Contaminated Soil.