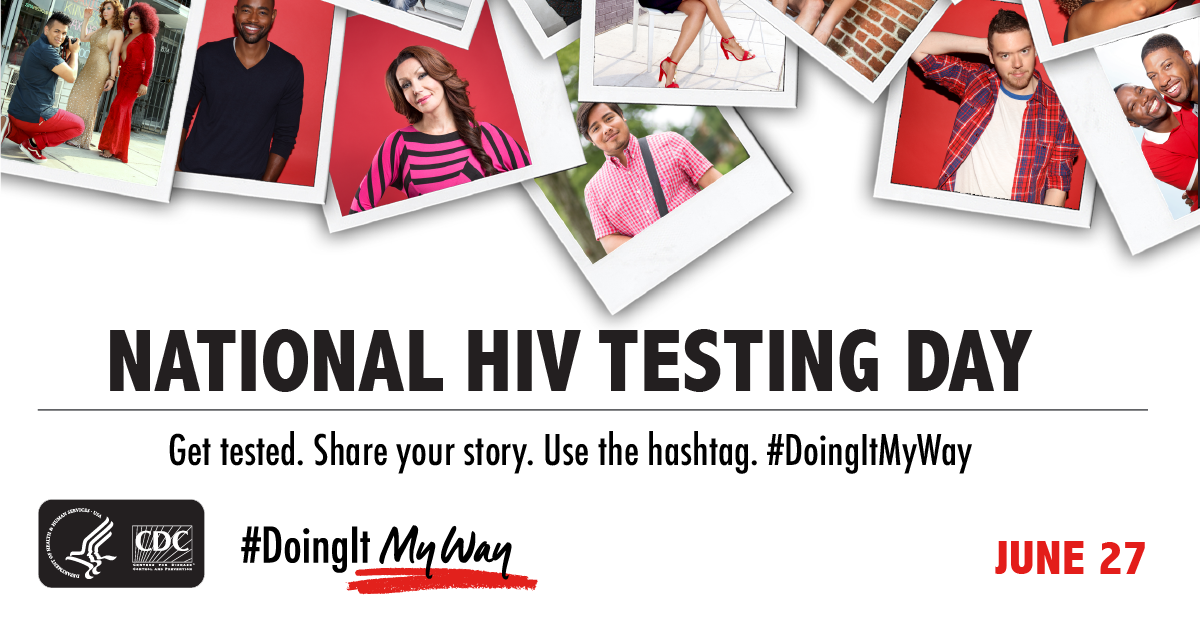 June 27 is National HIV Testing Day. See testing events below or click the link to find a testing location near you.

Click on the button above to find a Testing Location.

According to the Centers for Disease Control and Prevention (CDC), about 1.1 million people in the United States have HIV, and 1 in 7 of them don’t know they have it. It is important for people to get tested and know their diagnosis so that those who have HIV can get treatment as soon as possible.