Groundwater is part of the water cycle (Figure 1).  A portion of precipitation that lands on the ground moves downward through the ground until it reaches a saturated zone (every opening such as space between grains of sand or every fracture in the bedrock) that is filled with water (see Figure 2). 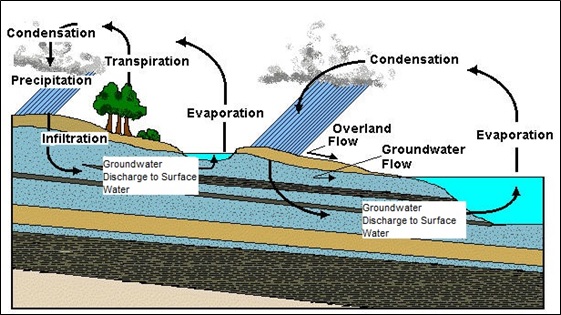 In South Carolina, our state is divided into two distinct physical geographic regions, the Mountains/Piedmont and the Coastal Plain (see Figure 3).  In the Mountain and Piedmont region of the state, groundwater occurs primarily within the fractures of rock.  The shallow/water-table aquifer occurs at the transition zone between the weathered soils and the bedrock. 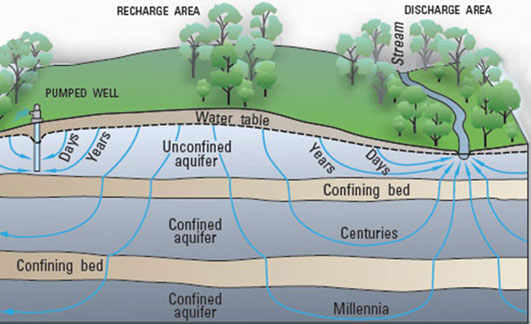