Keynote: “How Population Data on Disabilities Can Help Address Disparities and Guide Prevention” 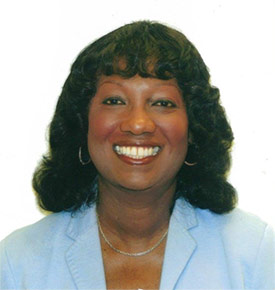 Marshalyn Yeargin-Allsopp, MD, is a Developmental Pediatrician, Medical Officer and the Associate Director for Children with Special Health Care Needs in the Division of Congenital and Developmental Disorders in the National Center on Birth Defects and Developmental Disabilities, at the Centers for Disease Control and Prevention (CDC) in Atlanta, GA.

Dr. Yeargin-Allsopp graduated from Sweet Briar College in Sweet Briar, VA in 1968 and received a medical degree from the Emory University School of Medicine in Atlanta, GA in 1972. She completed an internship and residency in Pediatrics at the Montefiore Medical Center and a fellowship in Developmental Pediatrics at the Rose F. Kennedy Center of the Albert Einstein College of Medicine, both in Bronx, NY. She joined CDC in 1981 as an Epidemic Intelligence Service (EIS) Officer and completed a Preventive Medicine Residency at CDC in 1984. After coming to CDC, she designed and implemented the first U.S. population-based studies of developmental disabilities among school-aged children. These studies laid the foundation for CDC’s Autism and Developmental Disabilities Monitoring (ADDM) Network, which has been tracking the number and characteristics of children with autism spectrum disorder and other developmental disabilities since 2000. Her pioneering work also served as the basis for a CDC epidemiologic research study, the Study to Explore Early Development (SEED).

Dr. Yeargin-Allsopp is board-certified in Pediatrics and Neurodevelopmental Disabilities. She is an Assistant (Adjunct) Professor of Pediatrics, Emory University School of Medicine. She was the Chief of the Developmental Disabilities Branch at CDC from 1999 until 2015. She was awarded the C. Anderson Aldrich Award in 2006 and in 2008 the Arnold J. Capute Award by the American Academy of Pediatrics, both for her work in the field of children's disabilities. In 2017 she received the Lifetime Achievement Award from the American Academy for Cerebral Palsy and Developmental Medicine. She publishes extensively on the epidemiology of developmental disabilities, including autism and cerebral palsy; and speaks to audiences across the country and internationally about CDC’s work. She remains committed to making an impact on the lives of children, no matter their level of ability, and maintained her clinical experience by serving as the Medical Director of the Clayton Early Intervention Program in metropolitan Atlanta until recently.

Afternoon Plenary: “One Disorder, Many Understandings: An Exploration of Factors that Affect Perceptions of Autism” 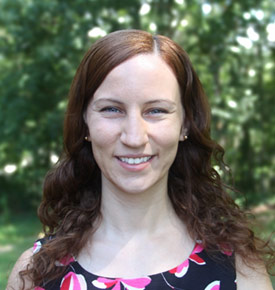 Dr. Jennifer Bailey Bisson is a Lecturer in the Department of Psychology at Clemson University where she has been a faculty member since August 2013. Dr. Bisson completed her Ph.D. at the University of Connecticut and her undergraduate studies at the University of Virginia.  For her teaching effort, she has been awarded the University of Connecticut’s Outstanding Teaching Award and the Dean’s Award for Student Engagement from Clemson University.  Her research focuses on the etiologies, symptoms, and perceptions of autism spectrum disorder using theory and methods from social psychology, psychophysiology, cognitive science and neuroscience perspectives. Dr. Bisson also has expertise in multivariate statistics and advanced statistical techniques used to track change over time.  Currently, her lab is exploring cross cultural differences in perceptions of autism spectrum disorder, the impact of implicit associations for autism diagnosis, factors that predict person first language use in popular media, and differences in object use in individuals with autism.