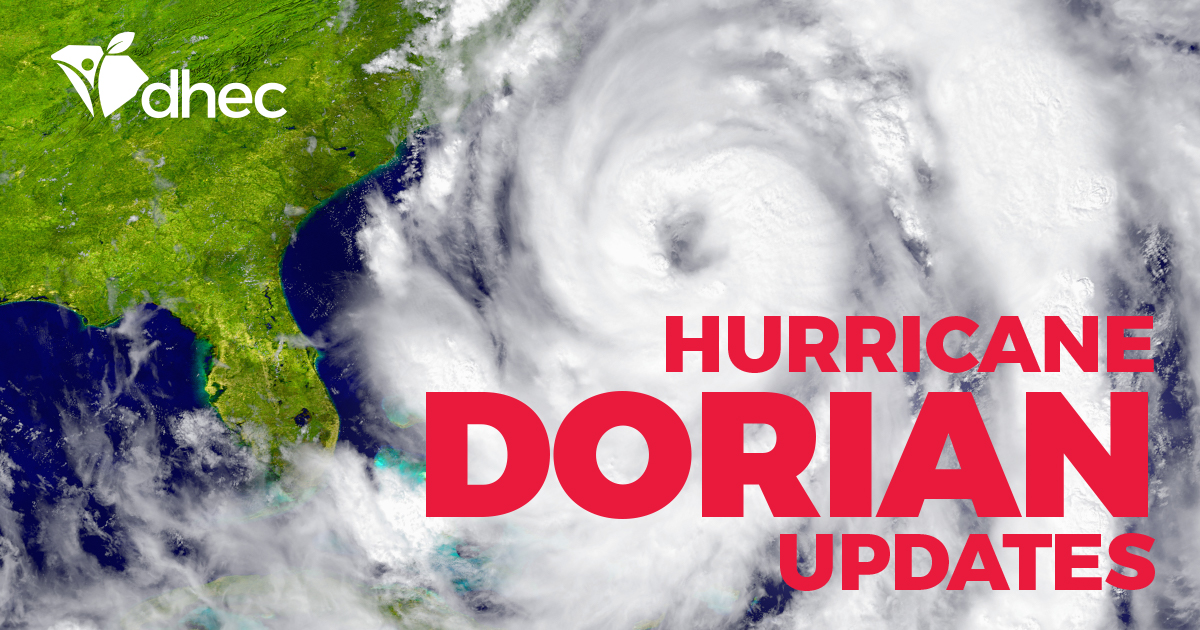 As Hurricane Dorian threatened the South Carolina coast, hundreds of DHEC staff were active in preparing for anticipated public health and environmental needs, including assisting in the evacuation of coastal health care facilities and conducting pre-storm assessments of dams expected to be impacted by heavy rain and flooding.

After the storm, DHEC continued its around-the-clock efforts to protect public health and the environment by coordinating the safe transport and reentry of more than 7,000 evacuated patients, communicating with impacted drinking water and wastewater facilities, and conducting coastal damage surveillance, among many other efforts.

As part of our Hurricane Dorian preparedness and response, DHEC took the following actions regarding public health:

For important information about how you can prepare for future weather emergencies, please visit our hurricane preparedness page, as well as the S.C. Emergency Management Division website.