Protect Yourself from HIV/AIDS 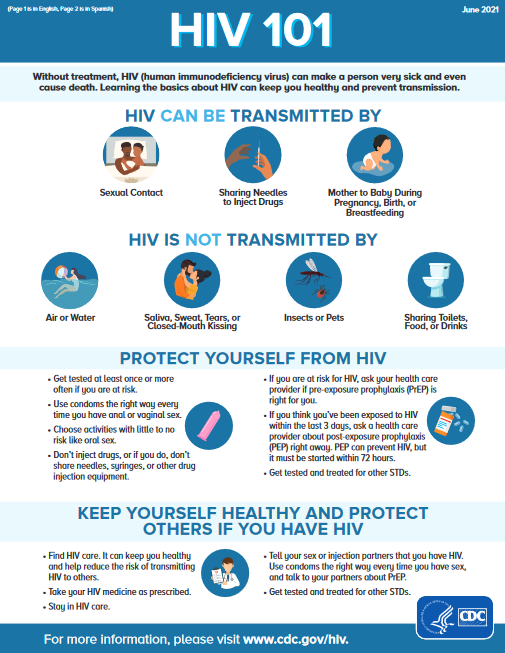 HIV and AIDS in South Carolina

What are HIV and AIDS?

Here are steps you should take to protect yourself from the virus:

That last point is important. Many people who have HIV find it hard to tell other people they have the virus. Some have had to deal with rejection from friends, family or colleagues and have even experienced verbal or physical abuse.

There is still a great deal of ignorance about how HIV is transmitted, a lack of understanding of what it's like to live with HIV, and unfair assumptions and judgments made about people who get HIV. The stigma keeps many people from getting tested and treated.

We know that regularly testing people most at risk for HIV — and then providing antiretroviral drugs for HIV/AIDS patients — dramatically reduces the number of new infections. Without treatment or education, people will continue to transmit the virus to their partners.

By acting aware, you become part of the solution.

This site contains HIV prevention messages that may not be appropriate for all audiences. Since HIV infection is spread primarily through sexual practices or by sharing needles, prevention messages and programs may address these topics. If you are not seeking such information or may be offended by such materials, please exit this website.

What Can Women Do?